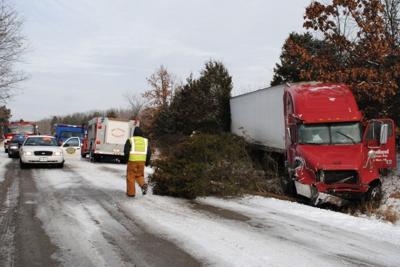 For the most part we  don’t pay a lot of attention to the fortunes  of Heinz, ConAgra and Kraft Foods,

When I think of Heinz I mostly see ketchup and John Kerry’s wife in my rear view mirror. And sometimes I remember the ConAgra guy, who came into our store  in about 2006. He actually spent a lot of time trying to get me to tell him how to make a gluten free burrito wrap.

Kraft stirs up images of that “food in a box” moment when everyone thought they could dump something dehydrated into a pan, add water and call it dinner.

The world keeps moving on, however., Last week these companies, along with

some other big name processed food players, were forced to write off many billions in market value. This hit Jello, Philadelphia Cream Cheese and hot dogs as well as Kool Aid. Even Warren Buffet got singed by the unexpected drop.

Big Food has been experiencing increased overhead costs related to distribution, as well as a customer drift toward healthier, fresher, more unprocessed foods. Belt tightening isn’t working, and the cost of driving those big trucks around the country has gone up since the late 1940’s, when the whole idea of factory food  came into existence. Gas was about 10 cents a gallon then.

Now we’re realizing  that driving around the country all day in huge trucks with jello and hot dogs and fake cheese and sugary ketchup may not be the best idea we’ve ever had. But now it’s “Our Food System.”

So, how do we get from here back to 1940? It’s a long way, but every one of us can help. We don’t have to wait for politicians. We actually vote, powerfully, every day, with our forks.

We have to relearn how to eat without depending on this outdated, silly idea. Food shouldn’t be made in factories. It should come from nearby, be eaten fresh and presided over by people who care about it a lot.

Heinz Kraft et al seems destined to go down in the big maelstrom that is climate change and fossil fuel dependency. No more jello. More next week. 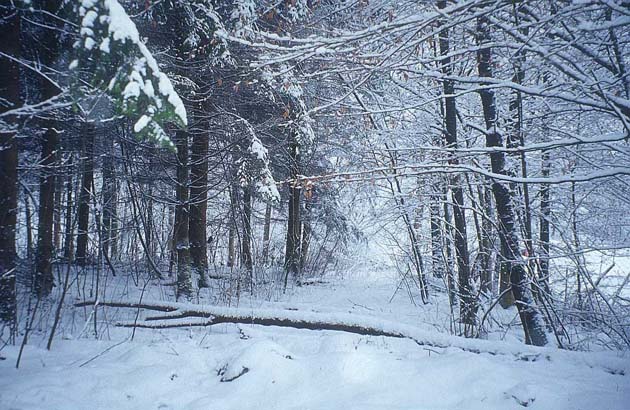 The food on your plate this week could bring us all  closer to a better, safer world, or it could be a harbinger of a nightmare. You, and your fork are deciders.

You  can choose a new world order that offers food from the Southern Hemisphere in the dark days of our winter. Or you can choose cucumbers that sat for three weeks in customs at the Mexican border, because they are out of season here.

This week the choice is stark. Local farmers, whose well went dry in midsummer’s drought a couple of years ago, today find themselves looking out at a vast pond where that produce you ate last week came from. What do we eat now?

It is tempting to take a deep breath and brush past this conversation. Our grocery stores are still overflowing with fresh produce. But, our food system is increasingly fragile. It depends on finite fossil fuel and an increasingly unstable climate. And it is a major contributor to climate change.

So this week we have broccoli soup again and a lovely French celery root salad. And, because we live in California, land of lemons, we have lemon meringue pie and lemon bars. And we have the prospect of some cabbage to make Japanese okonomiyaki. And much more.

And every bite we eat puts us in touch with the totally food centric cultures of all of human history. The practice of eating from, and supporting, local food systems is strengthened, renewed and enhanced as we rediscover and reinvent this older, wiser, safer path. Enjoy!

One of the deep mysteries of our time is the question of why, with living standards higher than ever before in history, so many people in the “developed” world are disabled by inflammatory disorders such as diabetes, MS, lupus, and rheumatoid arthritis, as well as chronic fatigue syndrome, depression, ADD, autism, irritable bowl, psoriasis, hyperactivity, anxiety and related disorders. The numbers are startling, showing significant jumps, for example, in depression for each age cohort born after World War II.

Americans now in their nineties came of age during the Great Depression and World War II, with great attendant social and emotional trauma. But they had very few depressive illnesses. Baby boomers, born to great prosperity and opportunity, suffered so much affective disorder that their ill fated attempts to live better through chemistry launched a drug culture. And Gen-X’ers (as the boomers’ children call themselves) have taken depressive and affective disorders exponential.

Hyperactivity is a disorder not yet 50 years old, but already some 20% or more of school children are deemed to have it. “Chronic fatigue syndrome” came into being right alongside “yuppie”, (remember it used to be the yuppie flu?) in the 1980’s. And ADD is really a 90’s thing. It would be nice to think that Ciba Geigy created it in order to sell Ritalin, but unfortunately that’s hardly the case. A lot of kids and grownups are seriously afflicted with “brain fog.”

The most stunning deterioration in our nation’s mental health is affecting our children. In the 1980’s one in 2500 children was affected by autism. Today, just 30 years later, the autism rate is one in 100, with some authors finding it to be one in 38. This profound disorder was almost entirely unknown as recently as the 1950’s. Will it be one in 25 children in 20 more years?

An intriguing new theory on the cause of this epidemic of misery implicates evolutionary biology, modern medical miracles and industrialized food production. In its essence the theory proposes that, for very complex reasons, our basic foodstuffs may be slowly poisoning us.

Casein and gluten, proteins in milk and grain, have a strikingly similar molecular structure. Research underway at university medical centers worldwide indicates that certain individuals, particularly those from Ireland, and Scotland, and their descendants in places like Canada, may be so sensitive to these compounds that dietary overloads can damage the digestive tract and, eventually, the central nervous system

Dietary gluten is already recognized as the cause of celiac disease. But new research points to gluten intolerance as a possible causative agent of schizophrenia, autism, multiple sclerosis and depression. Dr. Kalle Reichelt of the Institute of Pediatric Research at the University of Oslo in Norway cited over 200 international scholarly sources in a 1996 paper advancing the theory that schizophrenia, autism and related affective disorders are caused by “food constituents (gluten and casein) (that) may have disease-promoting effects and cause behavioral changes.”

The theory originated in the 1960’s with an American, Dr. Curtis Dohan. He put schizophrenics on gluten-free, casein free diets under double blind conditions and got dramatic results. Many of his patients were able to return home from locked mental hospital wards.

Later studies provided conflicting information, but Dohan, who began his investigations because he knew of mental disturbance in celiac disease, argued that other researchers gave up too soon. Because damaged intestinal mucosa must be given time to heal, Dohan said, the diet should be maintained for at least six months before results are assessed.

According to Reichelt and others, individuals who lack the ability to completely digest gluten and casein end up with errant biologically active peptides in the intestine and the bloodstream. These peptides damage the intestinal wall, setting the stage for food allergies and malabsorption/ malnutrition syndromes. Stress and other factors play various roles, but some gluten and casein peptides get through the blood brain-barrier and disrupt normal brain function

Reichelt and others found incompletely digested gluten and casein in the urine of children with behavioral disorders. Apparently these “nasty proteins”, gluten and casein, are “opioids”, similar to morphine. They cause havoc in the brain by competing for endorphin (read “feel good”) receptors.

The body responds to these “foreign invaders” as if they were viral, with an inflammatory response, according to the theory. But there is no virus, so the body attacks itself. Inflammation has been blamed for eczema, migraines, asthma, diabetes, arthritis, diabetes and even cancer. Over time the central nervous system may experience damage, possibly setting the stage for degenerative diseases such as multiple sclerosis. How did this become a disease process of modern civilization?

Rice, millet, sorghum, tubers and corn, the foods of the third world, do not contain gluten. But industrialized societies, in the late 20th century, consume primarily wheat, a gluten-containing grain. The practice of cultivating gluten grains (wheat, barley, oats, and rye) began 10,000 years ago in the Middle East and slowly spread through Europe, finally reaching Ireland in 3000 BC. Even today, high rates of celiac disease and schizophrenia in western Ireland hint that many have not fully adapted to glutens.

And, over the past 200 years, humans have fiddled with genetic selection of wheat, greatly expanding its gluten content, especially in the United States. Today 50% of the protein in wheat is gluten, a characteristic that facilitates bread baking and adapts the grain well to cultivation and harvesting. Is this a cautionary tale about the unexpected consequences of  making even the simplest of modifications to our basic foods? Genetic engineering goes far beyond this in its potential for unpleasant surprises.

Reichelt feels that our diverse modern diet, which relies less on grain than it did even 100 years ago (remember porridge?) results in slow degenerative diseases in sensitive individuals. Chronic depression, chronic fatigue syndrome, ADD, hyperactivity, and other “affective disorders”, may be mixed or hybrid forms, “subsets” of the major neurological disturbances that researchers identify with gluten-casein sensitivity.

Maybe the infection-prone babies whose lives were saved by antibiotics since World War II became the depressed, fatigued and anxious adults of the 90’s. If gluten/casein sensitivity was the underlying cause of a child’s immune problems, one could theorize that it might underly later bouts of depression, ADD, hyperactivity, etc. Today’s senior citizens, on the other hand, survived a time when, typically, vulnerable babies didn’t make it to adulthood.

Perhaps 25 years from now people will say; “Can you imagine, they had no idea that wheat and milk could affect brain function? And all those people sleeping on their streets and filling up their prisons!” It seems foolish… but, then,… it wasn’t so long ago that germ theory and handwashing emerged to save the lives of millions of women who otherwise would have died in childbirth.

Cow’s milk in any form .no cheese, no milk, no yogurt, no ice cream, no conventional butter. What you are doing here is avoiding casein, the protein in cow’s milk lactose free products don’t address the problem of casein intolerance. The one exception to this rule  is ghee or clarified butter. Because the process involved in making ghee, which is called  clarified butter by Europeans, involves removing milk proteins,  this form of butter is acceptable. It is probably a healthier food than hydrogenated margarines, and certainly has better flavor

Gluten in any form this means anything made from the gluten grains, wheat rye, oats and barley. Also no kamut or spelt, as these are also gluten grains. This rules out most commercial breads, pastas and most commercial baked goods. Also Chinese noodles and anything that is breaded (like “fish n’ chips” ) before frying are gluten foods. But rice pasta is great…most Thai food is O.K. because their cuisine emphasizes rice noodles Hidden glutens occur in imitation crab (as in California roll sushi), in soy sauce (substitute wheat free tamari sauce), in packaged foods containing hydrolyzed vegetable protein and malt extracts (Sorry, this includes beer, but gluten free beers are emerging)