Our local food system gets stressed right now, even in a normal year. Farmers fight the weather to plant spring crops, and summer food favorites seem far away. But unusual cold and rain this year have created more daunting delays.

We get spoiled in June/July through late fall. The food that disappears through nature’s revolving door during those wondrously prolific months passes another delightful surprise on its way out.. No more apricots? That’s ok! How about some peaches? Asparagus disappears, but then there are tomatoes! A riot of abundance lulls us into believing the magic won’t ever leave.

In California the magic never really goes away. We have fresh salads and fruit even in the dead of winter ( notice that phrase!). But those tough, resilient farmers out there trying to plant in the mud puddles with one eye on the sky need our support now more than ever. We can’t possibly eat well without their risk and their work.

Even Mexico and Arizona have been hit with severe weather this winter, providing more reason for us to support our local growers. In fact, enlightened self interest demands that we savor the sweetness of the fresh carrots and oranges that are here now, and the healing powers of the beets and nettles and kale. And so much more. Baby romaine, lemons, delicate broccoli, pea shoots, healing mushrooms, parsley, parsnips, and swiss chard. Food of the fortunate, for sure.

Appalachia’s children in 1964. They lived in the mountains far from TV dinners and supermarkets. These young people were deemed some of America’s poorest when this video was made. But they clearly enjoyed resplendent health and energy. This is a glimpse into the world of pre-industrialized food. We have lost so much.

The newest initiative at Farmer’s Kitchen attempts to offer you a path to better health and restored climate stability. These are two inextricably entangled issues that came to us on the wings of a historic cultural and technological “disruption” in the mid 1900’s.

Our ancient food culture was turned upside down about 70 years ago. These changes morphed and compounded themselves and now may threaten our civilization itself.

As recently as the 1940’s all food was local and organic. Natural soil amendments, along with skill, wisdom and luck, allowed people to eat and preserve food in cadence with the rhythms of nature.

Then we became enamored of the idea that technology could solve all of our problems. (Beware..this is still going on. If the past is prologue, we should be cautious about the siren song of factory made meats).

“Living better through chemistry, ” a slogan emblazoned on the screens of our brand new 1950’s television sets, promised a wonderful life for all. “The Future,” predicted to be a time of leisure and ease, was expected to arrive before the turn of the century.

Supermarkets and TV dinners popped up suddenly, gleaming with the new idea. The premise that food could be made in factories and shipped pretty much anywhere became a basic tenant of “modern” human existence.

But today we know those big food trucks may not be on the road forever. Large supermarket chains face financial challenges in large part because of “distribution costs,” which are 20 to 30 times higher than they were in 1949. Our oceans and climate are clearly morphing into strangely tortured versions of their former selves, creating a feedback loop that threatens the very sources of our food itself. Supermarket food, now known to carry the risk of chemical contamination and a lack of vital nutrients, may not be worth all this trouble.

We’re looking down the barrel of an obesity epidemic, an autism epidemic, myriad disabilities that keep people from working, historic rates of depression and something weird that makes some people want to shoot everyone they see.

But that promised “Leisure Future” never showed up. We’re all “at a loss for time.” So some version of those TV dinners ( um..that meal kit that comes in the mail from Colorado?) still frequently shows up on our tables.

Farmers Kitchen would like to offer everyone a fresh start with a local organic bouquet of anemones, and some delicious quickly assembled real food meals, and artisanal meal components for your own quick takes on eating real. Come taste the sauerkraut, the marmalade, the corned beef, leek fritters, cilantro sauce, etc! And we’ve found lots of superb just picked, “never saw the inside of a warehouse” produce and other foodstuffs from local farms for you.

Help us make this work for everyone! We will reward you with deals and discounts and culinary delights! 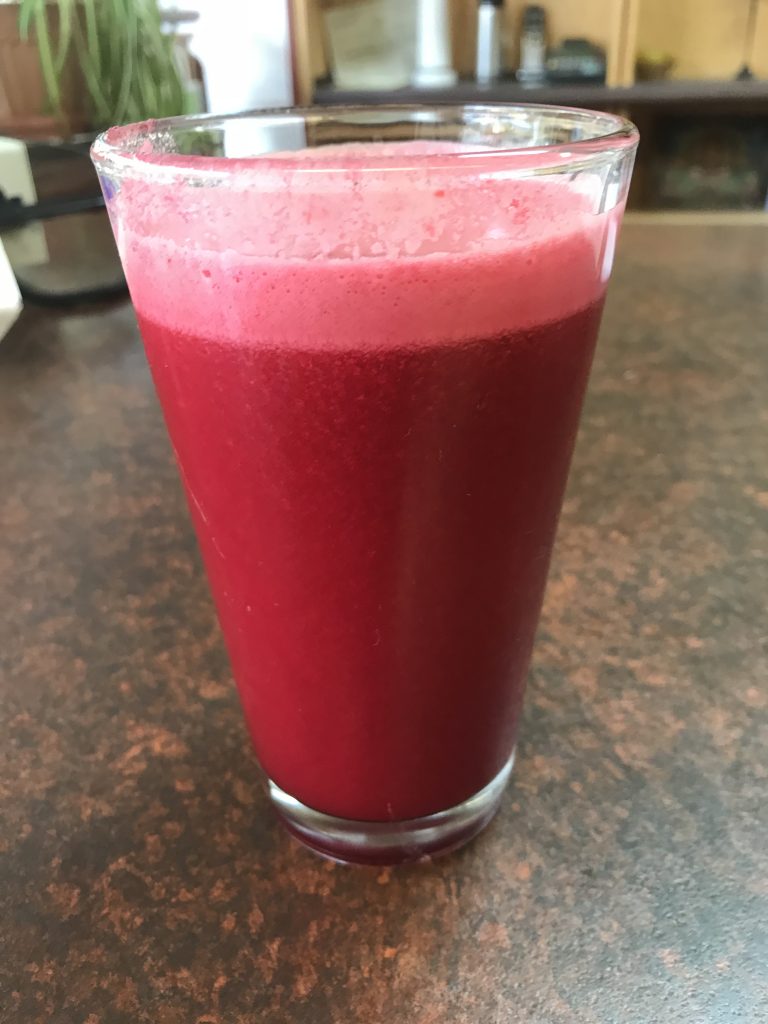 Another blood pressure drug is being recalled this week. It contains a chemical deemed to be a human carcinogen.

We prefer remedies we’ve come to think of as “plant based medicines.” Our Central American Street Tonic juice, simply deemed “jugo” in its home countries, could be worth trying if you want to lower your blood pressure.

Jugo is offered in 1 quart jars on our groceries site. Check out all the new meal kit items while you while you are there.