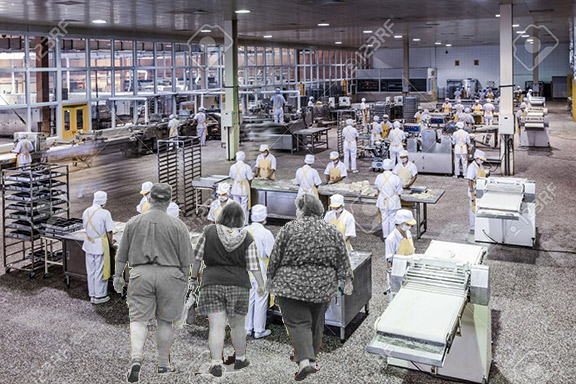 So, this week, we’re  all looking at a new and highly respected food study, concluding that processed (factory made) food is making us all overweight.  Hmm.

It’s akin to what researchers in France determined last year. The latter group followed 100,000 people over 10 years and concluded that a 10% increase in a person’s intake of processed food resulted in a 10% increase in their risk of cancer.

Unless we believe in magic, our problems with climate and food point to a need to go back to eating like it’s 1940. But U turns and do-overs are super hard on people. Nobody likes change. And  most people have little or no idea how to do it.

“The world was different then,” people often say. And it’s true, but who’s  in charge of turning back the clock? The much publicized and promoted vegan “Impossible Burger” financed by Bill Gates, didn’t turn back the clock.

The impossible Burger, genetically modified to emulate meat and produced in a factory, will actually add to global warming via excessive factory food miles. Now, thanks to this new study, we know it also contributes to obesity. Like Soylent Green (all your nutrients in a fake shake) and meal kits that fly your dinner across the country, we’re turning a blind eye to the environmental and human health ruin of such schemes.

The idea that tech will save us from all the trouble we’re in brings to mind that old saw about how a problem can’t be solved by the same mind that created it. We have to step back from tech and chemicals and the hubris that made this mess.

Our new non profit will offer to assist people with the process of making the U turn. “Learn by doing,” that old 4-H motto, applies here. We foresee reviving basic processes and social structures involved in living a food centric life…foraging, cooking, growing, bartering, no longer baffled by the simple things that our ancestors did every day….please join us. We think it will be very empowering.